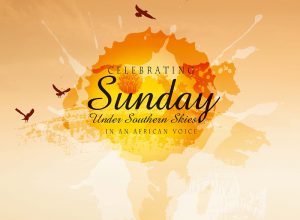 Under Southern Skies – In an African Voice

On-line Survey of the Trial Use Period

Greetings in the name of the risen Christ!

On behalf of the Secretariat of the Anglican Prayer Book Revision Sub-committee we trust that you are well and whole-heartedly commend you to God’s life-giving Spirit this season of Pentecost!

As you know, parishes throughout ACSA were encouraged to make use of materials from Celebrating Sunday during Eastertide by identifying “trial use parishes” in which the new liturgies could be used. Hopefully you have been able to experiment with the new liturgy and the time has come to ask for your feedback. This will help the Prayer Book Revision Sub-committee, and others involved, move forward in continuing to shape the new liturgy.

Below are two links to online surveys on the survey platform Survey Monkey. The first is a link to the “Rectors” survey and the second to the “Congregational” survey.

We would like to hear from everyone and anyone who used or had experience of Celebrating Sunday.

Rectors, Worship Leaders, Musicians, etc., are invited to use this link to access the short survey:

Parishioners, worshippers and anyone who has exeprienced Celebrating Sunday ‘from the pew’ are invited to use this link to access the short  Congregational survey:

The surveys will take a few minutes to complete and the data gathered will greatly assist the Prayer Book revision process. The survey wull close on 30 June 2017.

Thank you for supporting this important work in the life of God’s Church.

This Update was prepared by the Prayer Book Revision Secretariat:

2 replies on “Survey for Feedback on Celebrating Sunday Trial Use”

On the whole I think the new Easter liturgy works well. I have a few issues which I’ve flagged with comments below.

I agree very much with many of the sentiments expressed in the second document: “Keeping Easter under Southern Skies”. We should certainly avoid allusions to Spring-time images such as bunnies and eggs.

But an emphasis that I think could very profitably be added to the Easter liturgy is a focus on “new creation”, i.e. that God’s grand intention is to renew the whole of creation, including us, and that the resurrection is the first fruits of this. I.e. literal new creation. By Christ’s resurrection and his victory over death, the age to come of Life and Light Eternal has broken into the present age of darkness. And we are called to live within this overlap of the two ages. Our liturgy should proclaim the glory of us living the life of the age to come in the here and now; of living in anticipation of the new creation, which has already invaded our world in the form of Christ’s resurrected body. This is resurrection life, lived in the power of the Spirit.

The Readings on the Sundays of Easter
Readings from the Acts of the Apostles, the New Testament Letters and the Gospels shape our Eastertide Sunday celebrations.
The book of Acts tells the story of the foundation of the Church and recounts its early witness. COMMENT: Identifying the ‘founding’ of the church with Pentecost and the period immediately thereafter, as described in Acts, severs this period of the expansion of the People of God into the Gentile world from the founding of God’s people based on the call of God to Abraham.

Our liturgy needs to reflect our deep rootedness in the rich soil of the People of God in Old Testament times.

So better words would be:

The book of Acts tells the story of the expansion of the Church, especially into the Gentile world, and recounts its early witness.

G 19 Living God, help us so to hear your holy Word
that we may truly understand;
that, understanding, we may believe COMMENT: I’m a bit uncomfortable with the order here: from understanding to belief. Rather, as Anselm taught, it is faith that seeks understanding. His insight is that often we must have faith before our understanding can increase. Our liturgy should not encourage the notion that we can believe (i.e. trust God) only once we understand.

Forgive us, Lord,
when we wander from the new life of Easter .
Forgive us, Lord,
when we find the truth of Easter hard to believe.
G 20 Forgive us Lord,
when we find it hard live our Easter Faith. COMMENT: In fact this whole confession is very wishy washy. Not nearly adequate. Not nearly clear enough. The existing confession in the APB provides a good example to follow. What does “the truth of Easter” refer to here? This statement as it stands appears to me to support the understanding of ‘belief’ as being mental assent. Our liturgy needs to move us away from such an understanding of faith and belief, towards an understanding of faith in Jesus as meaning trust and allegiance. Since when should we ask for forgiveness if we find the our faith hard to live out?!? Should Jesus have asked for forgiveness because he “found it hard” contemplating his imminent death in the Garden of Gethsemane? These words need to be replaced.

R8 Christ appeared to Peter, COMMENT: Jesus appeared first to Mary. That is very significant. While these words do reflect 1 Cor 15, I suggest adding mention of Mary here.

R9 Prayers of the People we pray for your holy Catholic Church COMMENT: Should this not be lower case ‘c’?

we may be faithful witnesses of Christ’s resurrection COMMENT: Rather ‘to’, not ‘of’.

We pray for all who have died COMMENT: At the very least there should be an alternative reading (e.g. ‘remember’) to accommodate those who object to the notion of praying for those who have died.
We praise you for the blessed virgin Mary, mother of our Lord, and for all the saints COMMENT: Add: ‘and martyrs’

The Easter liturgy was quite nice: it said good things and read well. However part of the point of HAVING a liturgy is to permit worship by shoving the intellect into the background – like mantras and such like. The repetition is beneficial. To have to READ a liturgy actually makes spiritual worship next to impossible. An occasional departure from the standard liturgy is good for revitalizing and startling, but constant changes work against the access of the Holy Spirit. A church service is NOT primarily entertainment.

CELEBRATING EASTER – COMMENTS
On the whole, to my mind it is vital to allow for a flexible, creative liturgy and I really commend the work of the Liturgical Commission in making this available. May they continue in the strength of the Spirit!
The comments which follow are written from my perspective as a scholar of English, and are intended to be constructive.
G18 Perhaps we at St Wilfrid’s could have used more of the call to worship, second and third sections. These are very rich.
G19 Prayer of preparation/illumination: ditto. All worthwhile, though not as powerful as the collect for purity.
G20 Confession. Rather weak and should be dispensed with.
P3 Alleluia verses. Worth using.
R8 Affirming our faith – a creed for Eastertide. Likewise.
R9 Prayers of the people. Fine, but fuller ones available in the C of E and PECUSA liturgies.
C5 The Great Thanksgiving: Eucharistic Prayer for Eastertide. This I experienced as wordy and academic. I know it is derived from the 1982 Scottish Eucharistic Prayer IV, but to my mind the SEC’s prayers I, II and III are both more punchy and more readable; they flow better.
Some specific comments:
• ‘Source of all being’ – this sounds like Paul Tillich.
• ‘Your power invigorates’ – much more than invigorates, a longish, not very accessible word. Why not the SEC original ‘sustains’, or ‘enlivens, fills, strengthens’ etc.?
• Sentences also longish with too many subordinate clauses: ‘From the garden the mystery dawned that he whom they had loved and lost is with us now in every place for ever.’ What exactly does this mean? How about ‘The women realised that he whom they had loved and thought they had lost would be with them for ever. And we too acclaim this mystery.’
• In terms of the anamnesis, it is a bit roundabout and unclear: ‘Before he was given up to suffering and death, recalling the night of Israel’s release when slaves walked free, at supper with his disciples, Jesus took bread and offered you thanks.’ This might be better worded as ‘Before he was given up to suffering and death, at supper with his disciples Jesus took bread and offered you [the Father] thanks. He recalled the night of Israel’s release when slaves walked free.’ Also, should we not pray ‘longing for your [not Christ’s] coming in glory’ if we then say ‘we acclaim you, O Christ’?
• As regards the epiclesis, who is it addressed to? We have just been addressing Christ in the acclamation. Now we pray, ‘Send your Holy Spirit upon us and upon these gifts of bread and wine, that they may be to us the Body and the Blood of your Christ.’ Presumably this is now a petition to the Father but it is somewhat confusing.
I greatly look forward to next year’s Easter liturgies.

Thank you very much for your response to the request for feedback on the Celebrating Sunday Material. I will send it on to the Prayer Book Revision Committee.