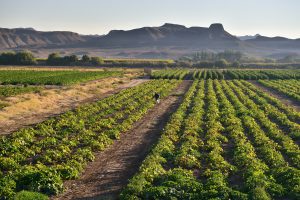 Provincial Standing Committee has asked that an inventory of all land held by the church be drawn up with a view to making recommendations for the use of vacant land. In a resolution passed at its recent meeting, it also asked for the development of a theological reflection on land expropriation without compensation.

The full text of the PSC resolution follows:

1. The national debate in South Africa on amending section 25 of the Constitution of South Africa to allow for land expropriation without compensation,
2. The occupation of vacant land and the associated violence, and
3. That ACSA is a major land owner in the country,

Respectfully requests the Archbishop to establish an ad hoc committee chaired by Bishop Tsietsi [Seleoane, Bishop Suffragan in the Diocese of Natal] to:

1. Do an inventory of all land currently owned and/or managed by ACSA in the Province, Dioceses and Parishes, including the value and current land-use,

2. Make recommendations for use of vacant land, and
3. Develop a theological reflection on land expropriation without compensation to be used at Provincial Synod.

During debate on the resolution, the recent Sunday Times op-ed on land reform by Archbishop Thabo Makgoba was referred to as a useful resource. It was subsequently re-published on the Archbishop’s blog.

2 replies on “PSC calls for land audit, theological reflection on expropriation without compensation”

It is really important that the church is taking the land issue as one of the most critical issues for discussion. I therefore commend the PSC on this resolution hoping that the process of listening to one another without being emotional – although it may be difficult to avoid such, will help us to find a permanent solution sooner rather than later.