Bishop Charles Shannon Mallory, a missionary in the Diocese of Namibia in the 1960s and later the first Bishop of Botswana in the Province of Central Africa has died in California at the age of 81.

“Fr Shannon Mallory and I were fellow missionaries in the Diocese of Damaraland (now Namibia) in the 1960’s under Bishop Robert Mize. He became the Director of St Mary’s Mission, Odibo and did an enormous job in the building up of the Ovamboland church at the time.

“He worked in Grahamstown and then in Uganda for short periods, and then became the first bishop of Botswana. He returned to America after 18 years’ service in Africa, and continued as a bishop in the Episcopal Church.” 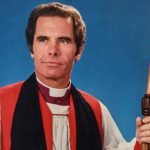 In the United States, Bishop Mallory became the first bishop of the Diocese of El Camino Real in California. From that diocese’s website:

Born Sept. 9, 1936 in Dallas, Texas, Mallory grew up in Van Nuys, California, completing his education at the University of California, Los Angeles, and the General Theological Seminary in New York. He entered the mission field after his ordination to the diaconate in the Diocese of Los Angeles. In 1961, he was ordained priest in Africa where he exercised his ministry first as a missionary in Namibia, South Africa, and Uganda, and then as the first bishop of Botswana. In 1978, after 18 years in Africa, he and his family returned to the United States where Mallory served as assistant bishop in the Diocese of Long Island.

He was elected the first bishop of El Camino Real in 1980 and his installation took place that October in San Juan Bautista. The Rt. Rev. John Allin, then-presiding bishop of the Episcopal Church, presided over the service in the plaza of the historic California mission.

“We are a pilgrim Church on the King’s Highway,” Mallory noted at the time. “This new diocese is an optimum size for rediscovering and experiencing some of the dynamic qualities of the early Church.” His vision for the diocese included “a more effective and supportive quality of fellowship among clergy and laity,” less hierarchy, and “more of a collegial relationship among bishop, clergy and laity.”

Following his retirement, Mallory served in the Diocese of Oklahoma and then lived and served in Indian Wells, California, as a member of St. Margaret’s Episcopal Church. He authored two books: “Blacklisted!,” his memoirs of 18 years of traveling throughout Africa, and “Other Roads Less Traveled,” a collection of sermons and meditations that ask and answer a range of provocative questions about God, death, the value of prayer, the common thread of religions and more. He continued to write and inspire until his death.

“Bishop Shannon was able to support the Diocese of El Camino Real in its call to be a missional diocese with a collaborative mode of ministry among lay and clergy leaders,” said the Rt. Rev. Mary Gray-Reeves, current bishop of El Camino Real. “His interest in people, their spiritual journeys, and his sense of adventure were gifts to our diocese in its earliest days, nurturing it as a place where the Gospel could always flourish amidst a very diverse and rapidly changing context. He will always be a critical part of the story of El Camino Real and will be missed.”

Mallory was predeceased by Martha (“Marti”), his most recent wife, and before that Antonia (“Toni”). He is survived by his brother William Lee Mallory and his first wife Mondi, mother of his five children, plus nine grandchildren and four great-grandchildren. His memorial will be at St. Margaret’s Episcopal Church in Palm Desert, California, to be announced at a later date.