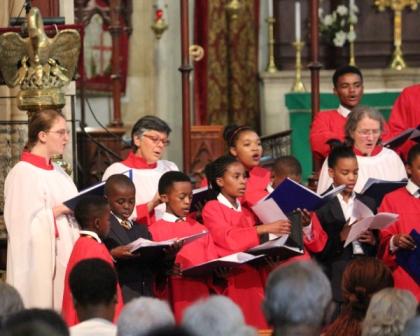 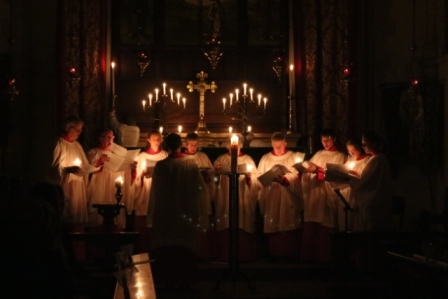 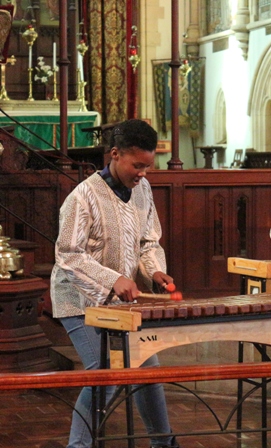 By Samantha Carolus
Spiritfest runs throughout the National Arts Festival in Grahamstown from 29 June to 9 July, celebrating the Arts in the context of the Christian faith with an array of new items along with the familiar favourite performances and events. Spiritfest continues to grow, with more Christian denominations involved this year than before.

New this year are a multi-media service ‘Under African Skies’, which will feature choral music and hymns from South Africa and beyond our borders, accompanied by lively, evocative images of the African landscape projected on a large screen.

The two Sundays of the Festival will see special Festival services in a variety of churches: A Unity Mass at which the congregations of four local Catholic churches will come together to worship; a Jazz Mass at the Cathedral,  a Festival service at the Every Nation Church, and on the last Sunday of the Festival Bishop Andile Mbete of the Grahamstown Methodist District will lead a Procession of Witness down the High Street with choir and musicians, culminating in a Festival Service in Commemoration Church.

Spiritfest favourites which return this year include the Lucernarium, a service of candlelight and plainsong, St Michael’s Marimbas, 40 Stones in the Wall Group Exhibition- with book reading of  ‘The Bear Who Stepped Up’ by Hilary Murdoch, Winter School, Guided Meditation and Prayer as well as an Open Mic session for poetry lovers.

Music this year will bring the likes of the Grahamstown Circuit Choir conducted by Siyabulela Lali and Reuben Maselwa, and a Stephen Holder Organ Recital titled: ‘Mystery, Modes and Grace’. Singer song-writers and capella musicians are invited to perform Acoustic and Unplugged at two Open Mic evenings.

The Spiritfest Winter School, ‘Faith and Resistance’, will feature lectures, discussions and book launches with the theme ‘#must fall’, looking at aspects of the struggle for freedom and justice from the perspective of Christian faith. Father Anthony Egan SJ will lecture on ‘The Ethics of Protest’, while Zuko Blauw and Sister Aloysia Zellman will lecture on ‘Sister Aidan lives on’.

The Revd Dr Barney Pityana will speak about Steve Biko’s faith, and  Lindsay Kelland will be talking about ‘Recovering from Rape Together’. Book launches of ‘The Road to Emmaus’ by Chris Mann and ‘The Book of Joy’ by Archbishop Desmond Tutu and the Dalai Lama will take place, and a panel discussion, ‘Faith and #must fall’ will be led by Christian students and student leaders. Fitting into the same theme will be a dramatic reading: ‘Bonhoeffer’, about the German pastor who was executed for his part in a plot to kill Hitler.